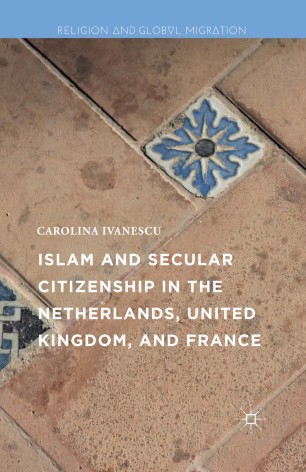 Islam and Secular Citizenship in the Netherlands, United Kingdom, and France

Part of the Religion and Global Migrations book series (RGM)

The past several years have seen many examples of friction between secular European societies and religious migrant communities within them. This study combines ethnographic work in three countries (The Netherlands, the United Kingdom, and France) with a new theoretical frame (regimes of secularity). Its mission is to contribute to an understanding of minority identity construction in secular societies. In addition to engaging with academic literature and ethnographic research, the book takes a critical look at three cities, three nation-contexts, and three grassroots forms of Muslim religious collective organization, comparing and contrasting them from a historical perspective.

Carolina Ivanescu offers a thorough theoretical grounding and tests existing theories empirically. Beginning from the idea that religion and citizenship are both crucial aspects of the state's understanding of Muslim identities, she demonstrates the relevance of collective identification processes that are articulated through belonging to geographical and ideological entities. These forms of collective identification and minority management, Ivanescu asserts, are configuring novel possibilities for the place of religion in the modern social world.