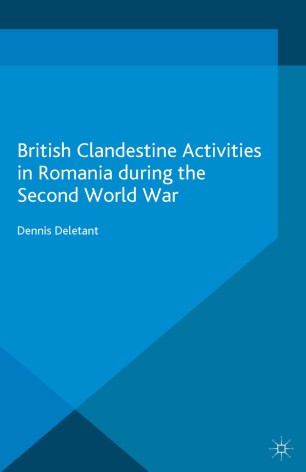 British Clandestine Activities in Romania during the Second World War

British Clandestine Activities in Romania during the Second World War is the first monograph to examine the activity throughout the entire war of SOE and MI6. It was generally believed in Britain's War Office, after Hitler's occupation of Austria in March 1938, that Germany would seek to impose its will on South-East Europe before turning its attention towards Western Europe. Given Romania's geographical position, there was little Britain could offer her. The brutal fact of British-Romanian relations was that Germany was inconveniently in the way: opportunity, proximity of manufacture and the logistics of supply all told in favour of the Third Reich. This held, of course, for military as well as economic matters. In these circumstances the British concluded that their only weapon against German ambitions in countries which fell into Hitler's orbit were military subversive operations and a concomitant attempt to draw Romania out of her alliance with Germany.