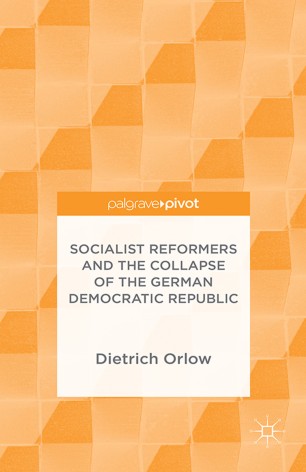 Socialist Reformers and the Collapse of the German Democratic Republic

Socialist Reformers and the Collapse of the German Democratic Republic explores a neglected aspect of the collapse of Communism in the former East Germany. It focuses on the East Germans' enthusiastic support for re-unification and the transfer of West Germany's political and economic institutions to the East, ignoring those in the German Democratic Republic who wanted to 'reform' socialism within, not destroy it. Their aim was to preserve an independent German Democratic Republic that would pursue an alternative 'third way' between Western capitalism and Stalinist repression. Their vision was a 'better, more beautiful' socialism instead of the 'push and shove society' that they associated with Western capitalism. In their view the 'better, more beautiful' socialism would combine the Western ideals of individual freedom with Marxist concept of collective decision-making and shared wealth. The reformers failed, of course, but their ideas and activities in the fall of 1989 are an essential part of the story that led to present-day Germany.

Dietrich Orlow is Professor Emeritus of History at Boston University, USA. He is the author of numerous books and articles dealing with modern German history, as well as the comparative history of West European fascism and social democracy. His titles include A History of Modern Germany, 1861 to the Present, which is now in its seventh edition.