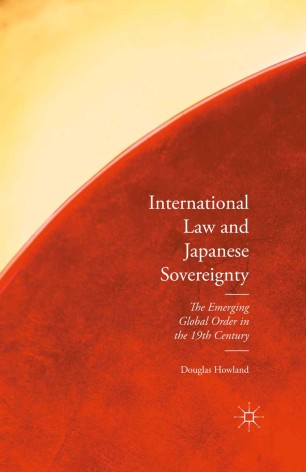 The Emerging Global Order in the 19th Century

How does a nation become a great power? A global order was emerging in the nineteenth century, one in which all nations were included. This book explores the multiple legal grounds of Meiji Japan's assertion of sovereign statehood within that order: natural law, treaty law, international administrative law, and the laws of war. Contrary to arguments that Japan was victimized by 'unequal' treaties, or that Japan was required to meet a 'standard of civilization' before it could participate in international society, Howland argues that the Westernizing Japanese state was a player from the start. In the midst of contradictions between law and imperialism, Japan expressed state will and legal acumen as an equal of the Western powers – international incidents in Japanese waters, disputes with foreign powers on Japanese territory, and the prosecution of interstate war. As a member of international administrative unions, Japan worked with fellow members to manage technical systems such as the telegraph and the post. As a member of organizations such as the International Law Association and as a leader at the Hague Peace Conferences, Japan helped to expand international law. By 1907, Japan was the first non-western state to join the ranks of the great powers.

Douglas Howland is the Buck Professor of Chinese History at the University of Wisconsin-Milwaukee, USA. He is the author of four books and co-editor (with Luise White) of The State of Sovereignty: Territories, Laws, Populations (2009).

“This book undoubtedly makes a landmark contribution to the field of modern Japanese history. … Howland has succeeded in capturing the dynamics of the interactions between shifts in the world order and Japan’s diplomatic strategy, vividly depicting their impact on today’s international relations in East Asia and on international society. This book can inform and inspire not only Japanologists, but also scholars in international law, international politics, Asian studies, and history.” (Tomoko Okagaki, Social Science Japan Journal, Vol. 20 (2), August, 2017)