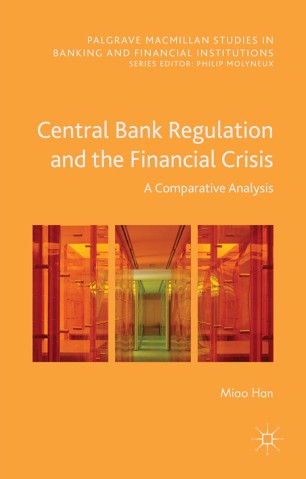 The respective legal frameworks that control central banks are shaped by whether they are market oriented or government controlled. However such stark distinction between these two categories has been challenged in view of the varying styles of crisis management demonstrated by different central banks during the crisis. This book uses comparative analysis to investigate how the global financial crisis challenged the role played by central banks in maintaining financial stability. Focusing on four central banks including the US Federal Reserve System, the Bank of England, the Bank of Japan and the People's Bank of China, it illustrates the similarities between the banks prior to the crisis, and their similar policy responses in the wake of the crisis. It demonstrates how each operated with varying levels of independence while performing very differently and facing different tasks. The book identifies some central explanatory variables for this behavior, addressing the mismatch of similar risk management solutions and varying outcomes. Central Bank Regulation and The Financial Crisis: A Comparative Analysis explores the legal challenges within central bank regulation presented by the global financial crisis. It emphasizes the importance of, and the limitations involved in, legal order and argue that in spite of integration and globalization, significant differences exist in central banks' approaches to risk management and financial stability.