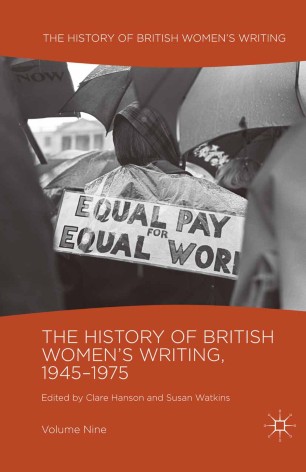 This volume reshapes our understanding of British literary culture from 1945-1975 by exploring the richness and diversity of women’s writing of this period. Essays by leading scholars reveal the range and intensity of women writers’ engagement with post-war transformations including the founding of the Welfare State, the gradual liberalization of attitudes to gender and sexuality and the reconfiguration of Britain and the empire in the context of the Cold War. Attending closely to the politics of form, the sixteen essays range across ‘literary’, ‘middlebrow’ and ‘popular’ genres, including espionage thrillers and historical fiction, children’s literature and science fiction, as well as poetry, drama and journalism. They examine issues including realism and experimentalism, education, class and politics, the emergence of ‘second-wave’ feminism, responses to the Holocaust and mass migration and diaspora.  The volume offers an exciting reassessment of women’s writing at a time of radical social change and rapid cultural expansion.