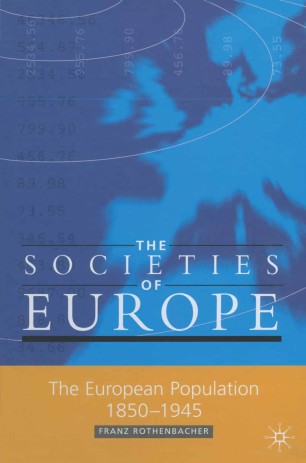 Part of the The Societies of Europe book series (SOEU)

The European Population, 1850-1945 is the first volume of two on demographics. The second volume will appear as part of the Societies of Europe series in 2003 and will cover changes until the year 2000. The European Population, 1850-1945 is a comparative and historical data handbook and accompanying CD-ROM presenting series data on demographic developments, population and household structures for the countries of Western and Central Europe. All major fields of demographic change are covered: fertility, mortality, marriage, and divorce. Population figures are given for each population census by sex, civil status and age. Major demographic developments within the family are described providing a commentary on the main population structures and trends in Europe since the 19th century.