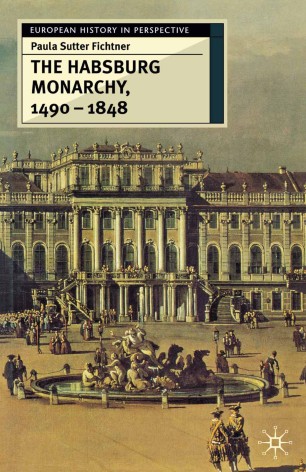 The Habsburg monarchy was a singular experiment in diversity within the European continent. By the eighteenth century it stretched from the Austrian Netherlands to the Balkans and southern Poland, and south into Italy. Its subjects spoke a number of languages, and while the social and institutional structure of these lands shared common features, there were also substantial differences among them. Was the Habsburg monarchy therefore an empire like those of Great Britain, France or Spain?

Drawing upon modern theoretical perspectives on European expansion to answer this question, Paula Sutter Fichtner argues that the Habsburg holdings did indeed constitute a form of European imperialism, and that they are best understood in such terms.

The Habsburg Monarchy, 1490-1848
- examines the role of the interraction between Habsburg rulers, territorial estates, and religious institutions in the expansion of the empire
- explores the reorientation of these relationships under the impact of the European Enlightenment, the rationalization of dynastic government under Empress Maria Theresa and her son, Joseph II, the beginning of the Industrial Revolution, and the rise of nationalism
- assesses the effect of the Revolutions of 1848 on the strength of the connections between the crown and its nobles, as well as its ties to its ecclesiastical elites and the bourgeoisie
- discusses the parallel developments in cultural affairs as the coherence of a world outlook dominated by Catholicism gave way to linguistic and cultural particularism

Incorporating the latest research, this broad-ranging study is an essential guide to one of Europe's most powerful and important dynasties.