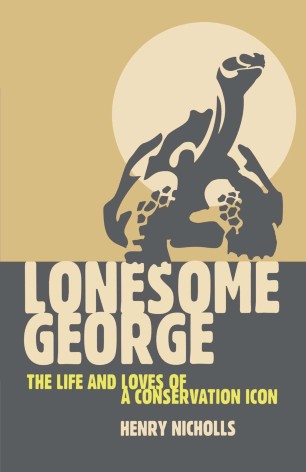 The Life and Loves of a Conservation Icon

Lonesome George is a 5 foot long, 200 pound tortoise, between 60 and 200 years old. In 1971 he was discovered on the remote Galapagos island of Pinta, from which tortoises had supposedly been extinct for years. He has been at the Charles Darwin Research Station on Santa Cruz island ever since, on the off-chance that scientific ingenuity will conjure up a way of reproducing him and resurrecting his species. Meanwhile, countless tourists and dozens of baffled scientists have looked on as the celebrity reptile shows not a jot of interest in the female company provided. Today, Lonesome George has come to embody the mystery, complexity and fragility of the unique Galapagos archipelago. His story echoes the challenges of conservation worldwide; it is a story of Darwin, sexual dysfunction, adventure on the high seas, cloning, DNA fingerprinting and eco-tourism.