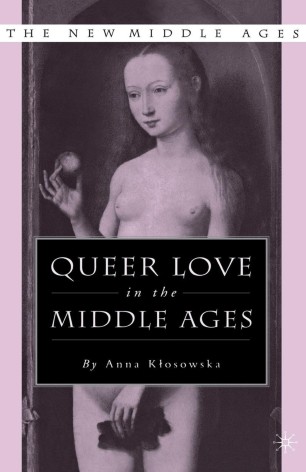 Queer Love in the Middle Ages

Queer Love in the Middle Ages points out queer themes in the works of the French canon, including Perceval , the Romance of the Rose and the Roman d'Eneas . It brings out less known works that prominently feature same-sex themes: Yde and Olive , a romance with a cross-dressed heroine who marries a princess; and many others. The book combines an interest in contemporary French theory (Kristeva, Barthes, psychoanalysis) with a close reading of medieval texts. It discusses important recent publications in pre-modern queer studies in the US. It is the first major contribution to queer studies in medieval French literature.

ANNA KLOSOWSKA ROBERTS is Assistant Professor of French at Miami University, USA. She is the editor of Violence Against Women in Medieval Texts (1998), and author of numerous articles on Medieval and Renaissance French literature.

"Anna Roberts argues persuasively that 'same-sex preference seems a rather pervasive interest' in Old French literature, and that we should begin to reread the corpus in this light. She reads one male homosexual figure, the Fisher King; one lesbian couple, Yde et Olive; and a tradition of other texts that depict same-sex preference openly. She finds novel evidence and makes novel arguments. This daring book opens new views of medieval French literature and the history of sexuality." - William D. Paden, Chair, Department of French and Italian, Northwestern University