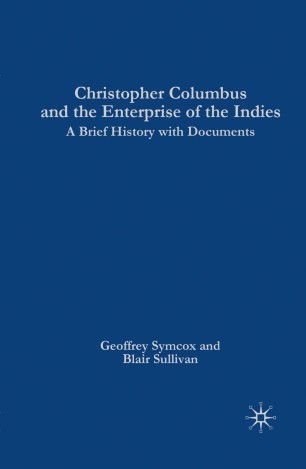 Christopher Columbus and the Enterprise of the Indies

In 1492, previously separate worlds collided and began to merge, often painfully, into the world-system in which we live today. Columbus's four Atlantic voyages (1492-1504) helped link Africa, Europe, and the Americas in a conflicted economic and cultural symbiosis. These carefully selected documents describe the voyages and their immediate impact on Europe and the indigenous peoples of the Caribbean. Symcox and Sullivan's engaging introduction presents Columbus as neither hero nor villain, but as a significant historical actor who improvised responses to a changed world. Document headnotes provide context for understanding Columbus's voyages within the broader context of fifteenth-century Europe and the policies of the Spanish crown. Maps, illustrations, a chronology, questions for consideration, and a selected bibliography invite students to analyze and interpret the documents.