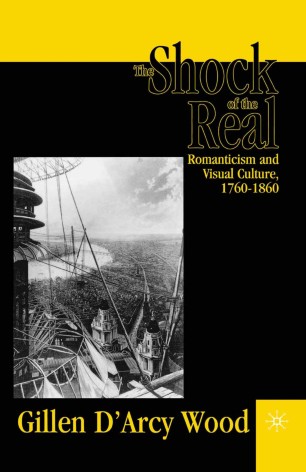 The Shock of the Real

Already in the century before photography's emergence as a mass medium, a diverse popular visual culture had risen to challenge the British literary establishment. The bourgeois fashion for new visual media - from prints and illustrated books to theatrical spectacles and panoramas - rejected high. Romantic concepts of original genius and the sublime in favor of mass-produced images and the thrill of realistic effects. In response, the literary elite declared the new visual media an offense to Romantic idealism. 'Simulations of nature,' Coleridge declared, are 'loathsome' and 'disgusting.' The Shock of the Real offers a tour of Romantic visual culture, from the West End stage to the tourist-filled Scottish Highlands, from the panoramas of Leicester Square to the photography studios of Second Empire Paris. But in presenting the relation between word and image in the late Georgian age as a form of culture war, the author also proposes an alternative account of Romantic aesthetic ideology - as a reaction not against the rationalism of the Enlightenment but against the visual media age being born.