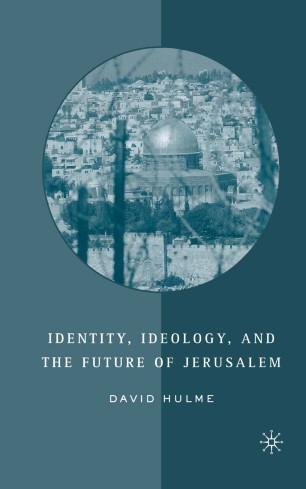 Identity, Ideology, and the Future of Jerusalem

Using recalled personal history to examine the crucial place that Jerusalem has occupied in the identity and ideology core of fourteen key Palestinian and Jewish/Israeli leaders in the Arab-Zionist impasse, this fascinating study explores the roles of identity and ideology in preventing or promoting a resolution between Israel and the Palestinians.

'Few cities in world history are the focus of continuing conflict and concern, and perhaps none have been as preoccupying as Jerusalem. It is the site of religious and political strife, ideological and identity tensions - what Hulme refers to as 'one of the world's most perplexing political and humanitarian problems.' While those problems will have to be solved in the political arena, a reading of this book clarifies the potential for resolution. It is a magisterial work, one that will surely serve as a reference for years to come.'

'No city in the world has so many imagined residents deeply attached to it as Jerusalem. Through Jewish and Arab key actor biographies, David Hulme's rich and original work illuminates Jerusalem as an identity symbol and explains why it is so difficult to find a solution to the contested city.'