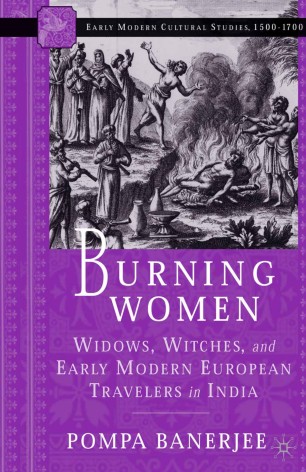 In early modern Europe, the circulation of visual and verbal transmissions of sati, or Hindu widow burning, not only informed responses to the ritualized violence of Hindu culture, but also intersected in fascinating ways with specifically European forms of ritualized violence and European constructions of gender ideology. European accounts of women being burned in India uncannily commented on the burnings of women as witches and criminal wives in Europe. When Europeans narrated their accounts of sati, perhaps the most striking illustration of Hindu patriarchal violence, they did not specifically connect the act of widow burning to a corresponding European signifier: the gruesome ceremonial burnings of women as witches. In examining early modern representations of sati, the book focuses specifically on those strategies that enabled European travellers to protect their own identity as uniquely civilized amidst spectacular displays of 'Eastern barbarity'.