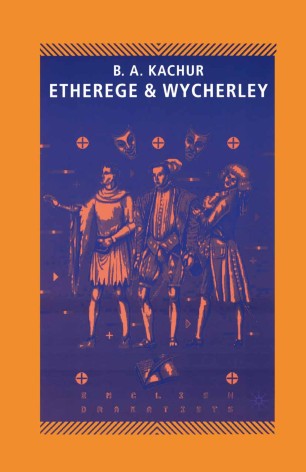 Etherege & Wycherley is the first book-length study devoted solely to these two leading comic dramatists of the early Restoration period.
B.A. Kachur explores the major plays by George Etherege and William Wycherley within the context of the cultural, social and political changes that marked the reign of Charles II, and addresses issues such as marriage, manners, heroism, sovereignty and anxieties over class hierarchies which preoccupied late seventeenth-century England.
The book provides studies of the following plays:
* She Would If She Could
* The Man of Mode
* The Country Wife
* The Plain Dealer
In addition to examining the plays as cultural and historical texts, Kachur offers:
* biographical sketches detailing the dramaturgical styles of the two
playwrights
* an overview of Charles II's reign, including its effects on the dramatic
literature of the era
* a survey of Carolean theatre and drama outlining innovations in
staging, and major dramatic genres
* performance histories which illuminate the ways in which
twentieth-century directors have interpreted the comedies to make
them accessible to modern audiences.