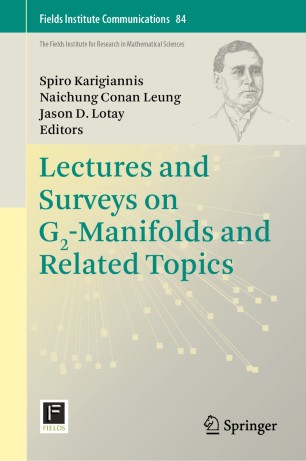 Lectures and Surveys on G2-Manifolds and Related Topics

This book, one of the first on G2 manifolds in decades, collects introductory lectures and survey articles largely based on talks given at a workshop held at the Fields Institute in August 2017, as part of the major thematic program on geometric analysis. It provides an accessible introduction to various aspects of the geometry of G2 manifolds, including the construction of examples, as well as the intimate relations with calibrated geometry, Yang-Mills gauge theory, and geometric flows. It also features the inclusion of a survey on the new topological and analytic invariants of G2 manifolds that have been recently discovered.
The first half of the book, consisting of several introductory lectures, is aimed at experienced graduate students or early career researchers in geometry and topology who wish to familiarize themselves with this burgeoning field. The second half, consisting of numerous survey articles, is intended to be useful to both beginners and experts in the field.