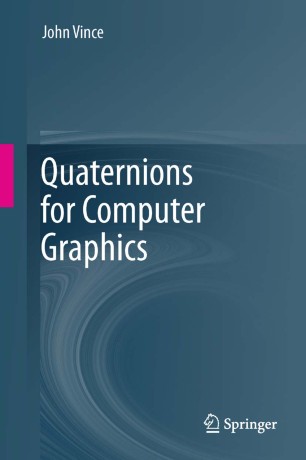 Sir William Rowan Hamilton was a genius, and will be remembered for his significant contributions to physics and mathematics. The Hamiltonian, which is used in quantum physics to describe the total energy of a system, would have been a major achievement for anyone, but Hamilton also invented quaternions, which paved the way for modern vector analysis.

Quaternions are one of the most documented inventions in the history of mathematics, and this book is about their invention, and how they are used to rotate vectors about an arbitrary axis. Apart from introducing the reader to the features of quaternions and their associated algebra, the book provides valuable historical facts that bring the subject alive.

Quaternions for Computer Graphics introduces the reader to quaternion algebra by describing concepts of sets, groups, fields and rings. It also includes chapters on imaginary quantities, complex numbers and the complex plane, which are essential to understanding quaternions. The book contains many illustrations and worked examples, which make it essential reading for students, academics, researchers and professional practitioners.

“The goal of this book is to demonstrate the use of quaternions for rotating objects in three-dimensional space, a frequent requirement in computer graphics. The target audience is computer graphics developers … . Brief historical notes appear throughout. … Summing Up:  … . Upper-division undergraduates through professionals/practitioners.” (C. A. Gorini, Choice, Vol. 49 (8), April, 2012)

“This is a neat little book on real and complex numbers as well as quaternions. … book is devoted to the algebra of numbers and the rest covers quaternions. The section on quaternion is spiced up with their application to 3-D rotation. Pedagogically the book is well written, it is easy to follow, even a good high school student would be able to understand … . If you are a bookworm or a book collector and like mathematical plums, this is the book for you.” (Leslie P. Piegl, Zentralblatt MATH, Vol. 1233, 2012)