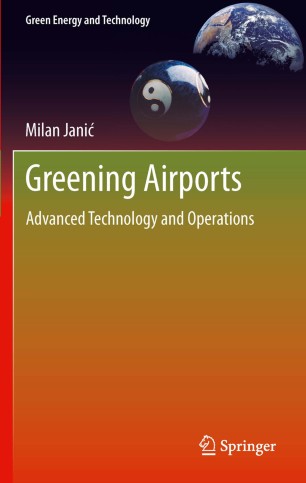 Greening Airports considers the “greening”, i.e., more sustainable development, of the entire air transport system – airports, air traffic control, and airlines – that could be achieved by the development and implementation of advanced operations and technologies.

A broad overview of the general concept is given at the start of Greening Airports, which then goes on to provide a system for monitoring and assessing the level of greening of both the air transport system and individual airports. These are followed by analysis and modelling of the potential effects of particular advanced operations and technologies on the greening of airports and their local airspace. These include: