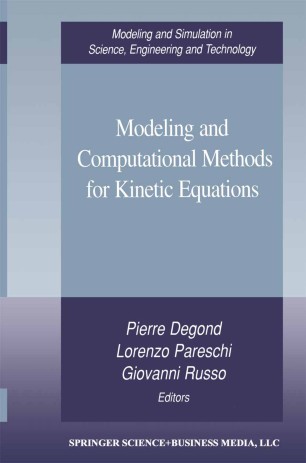 In recent years kinetic theory has developed in many areas of the physical sciences and engineering, and has extended the borders of its traditional fields of application. New applications in traffic flow engineering, granular media modeling, and polymer and phase transition physics have resulted in new numerical algorithms which depart from traditional stochastic Monte--Carlo methods.

This monograph is a self-contained presentation of such recently developed aspects of kinetic theory, as well as a comprehensive account of the fundamentals of the theory. Emphasizing modeling techniques and numerical methods, the book provides a unified treatment of kinetic equations not found in more focused theoretical or applied works.

Modeling and Computational Methods of Kinetic Equations will be accessible to readers working in different communities where kinetic theory is important: graduate students, researchers and practitioners in mathematical physics, applied mathematics, and various branches of engineering. The work may be used for self-study, as a reference text, or in graduate-level courses in kinetic theory and its applications.