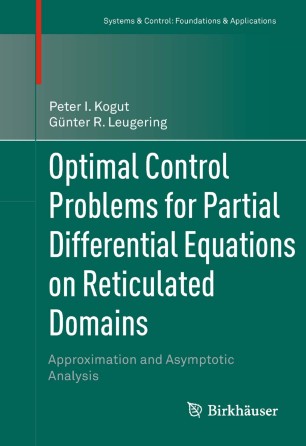 After over 50 years of increasing scientific interest, optimal control of partial differential equations (PDEs) has developed into a well-established discipline in mathematics with myriad applications to science and engineering. As the field has grown, so too has the complexity of the systems it describes; the numerical realization of optimal controls has become increasingly difficult, demanding ever more sophisticated mathematical tools.

A comprehensive monograph on the subject, Optimal Control of Partial Differential Equations on Reticulated Domains is intended to address some of the obstacles that face researchers today, particularly with regard to multi-scale engineering applications involving hierarchies of grid-like domains. Bringing original results together with others previously scattered across the literature, it tackles computational challenges by exploiting asymptotic analysis and harnessing differences between optimal control problems and their underlying PDEs.

The book consists of two parts, the first of which can be viewed as a compendium of modern optimal control theory in Banach spaces. The second part is a focused, in-depth, and self-contained study of the asymptotics of optimal control problems related to reticulated domains—the first such study in the literature. Specific topics covered in the work include:

* a mostly self-contained mathematical theory of PDEs on reticulated domains;

* the concept of optimal control problems for PDEs in varying such domains, and hence, in varying Banach spaces;

* an introduction to the asymptotic analysis of optimal control problems;

Serving as both a text on abstract optimal control problems and a monograph where specific applications are explored, this book is an excellent reference for graduate students, researchers, and practitioners in mathematics and areas of engineering involving reticulated domains.