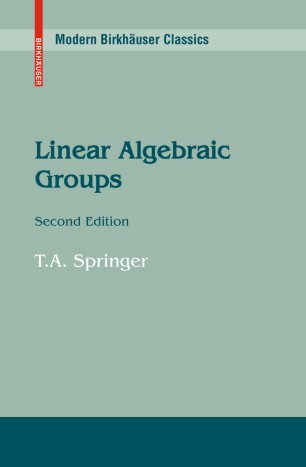 "[The first] ten chapters...are an efficient, accessible, and self-contained introduction to affine algebraic groups over an algebraically closed field. The author includes exercises and the book is certainly usable by graduate students as a text or for self-study...the author [has a] student-friendly style… [The following] seven chapters... would also be a good introduction to rationality issues for algebraic groups. A number of results from the literature…appear for the first time in a text."   –Mathematical Reviews (Review of the Second Edition)