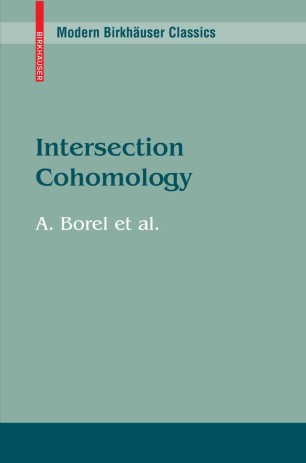 This book is a publication in Swiss Seminars, a subseries of Progress in Mathematics. It is an expanded version of the notes from a seminar on intersection cohomology theory, which met at the University of Bern, Switzerland, in the spring of 1983.

This volume supplies an introduction to the piecewise linear and sheaf-theoretic versions of that theory as developed by M. Goresky and R. MacPherson in Topology 19 (1980), and in Inventiones Mathematicae 72 (1983). While some familiarity with algebraic topology and sheaf theory is assumed, the notes include a self-contained account of further material on constructibility, derived categories, Verdier duality, biduality, and on stratified spaces, which is used in the second paper but not found in standard texts.

"The volume should be useful to someone interested in acquiring some basic knowledge about the field..." —Mathematical Reviews

"The volume should be useful to someone interested in acquiring some basic knowledge about the field..." —Mathematical Reviews