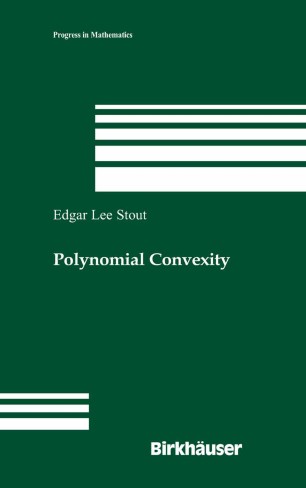 Part of the Progress in Mathematics book series (PM, volume 261)

This comprehensive monograph is devoted to the study of polynomially convex sets, which play an important role in the theory of functions of several complex variables.

*Presents the general properties of polynomially convex sets with particular attention to the theory of the hulls of one-dimensional sets.

*Motivates the theory with numerous examples and counterexamples, which serve to illustrate the general theory and to delineate its boundaries.

*Discusses important applications, e.g., to the study of analytic varieties and to the theory of removable singularities for CR functions.

*Requires of the reader a solid background in real and complex analysis together with some previous experience with the theory of functions of several complex variables as well as the elements of functional analysis.

This beautiful exposition of a rich and complex theory, which contains much material not available in other texts, is destined to be the standard reference for many years, and will appeal to all those with an interest in multivariate complex analysis.