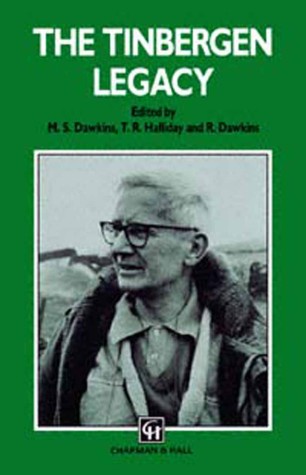 RICHARD DAWKINS A conference with the title 'The Tinbergen Legacy' was held in Oxford on 20th March, 1990. Over 120 of Niko Tinbergen's friends, family, colleagues, former students and people who had never met him in person converged at Oxford for what turned out to be a memorable day. To reflect the rather special atmosphere of the conference, we decided to begin this book with Richard Dawkins' opening remarks exactly as he gave them on that day. Welcome to Oxford. For many of you it is welcome back to Oxford. Perhaps even, for some of you, it would be nice to think that it might feel like welcome home to Oxford. And it is a great pleasure to welcome so many friends from the Netherlands. Last week, when everything had been settled except final, last minute arrangements, we heard that Lies Tinbergen had died. Obviously we would not have chosen such a time to have this meeting.