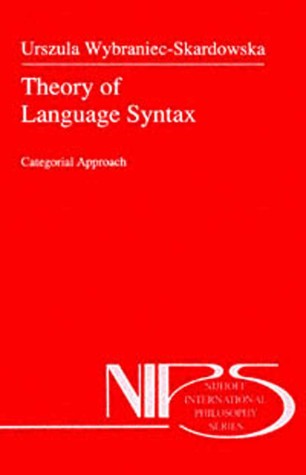 1. Main assumptions, objectives and conditionings 1.1. The present book is concerned with certain problems in the logical philosophy of language . It is written in the the Polish logical, philosophical, and semiotic spirit of syntax of tradition, and shows two conceptions of the categorial languages : the theory of simple languages, i.e ., languages which do not include variables nor the operators that bind them (for instance, large fragments of natural languages, calculi, the language of languages of well-known sentential Aristotle's traditional syllogistic, languages of equationally definable algebras), and the theory of w-languages, i.e., languages which include operators and variables bound by the latter