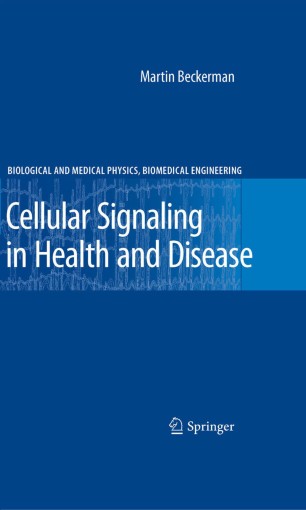 Cellular Signaling in Health and Disease

In today’s world, three great classes of non-infectious diseases – the metabolic syndromes (such as type 2 diabetes and atherosclerosis), the cancers, and the neurodegenerative disorders – have risen to the fore. These diseases, all associated with increasing age of an individual, have proven to be remarkably complex and difficult to treat. This is because, in large measure, when the cellular signaling pathways responsible for maintaining homeostasis and health of the body become dysregulated, they generate equally stable disease states. As a result the body may respond positively to a drug, but only for a while and then revert back to the disease state. Cellular Signaling in Health and Disease summarizes our current understanding of these regulatory networks in the healthy and diseased states, showing which molecular components might be prime targets for drug interventions. This is accomplished by presenting models that explain in mechanistic, molecular detail how a particular part of the cellular signaling web operates properly in health and improperly in disease.

The stability of the health- and disease-associated states is dynamic and supported by multiple feedback loops acting positively and negatively along with linkages between pathways. During the past few years an ongoing series of important discoveries have been made that advance our understanding of how the body works and may guide us on how to better deal with these diseases. These include the discovery of chronic inflammation as a causal factor in all of these disease classes, the appearance of reactive oxygen species as a messenger molecule that can act both positively and negatively, the propensity of proteins to misfold into aggregation- and disease-prone forms, and the rise of epigenetics including the emergence of small non-coding RNA with important regulatory functions out of the so-called junk RNA. Chapters are devoted to each of these classes of findings with additional details integrated into the chapters dealing directly with the diseases. The connections responsible for maintaining stability are explored in depth.