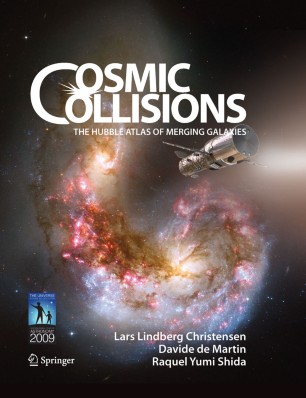 The Hubble Atlas of Merging Galaxies

Like majestic ships in the grandest night, galaxies can slip ever closer until their mutual gravitational interaction begins to mold them into intricate figures that are finally, and irreversibly, woven together. It is an immense cosmic dance, choreographed by gravity.

It is believed that many present-day galaxies, including the Milky Way, were assembled from such a coalescence of smaller galaxies, occurring over billions of years. Triggered by the colossal and violent interaction between the galaxies, stars form from large clouds of gas in firework bursts, creating brilliant blue star clusters. The importance of these cosmic encounters reaches far beyond the stunning Hubble images. They may, in fact, be among the most important processes that shape the universe we inhabit today.