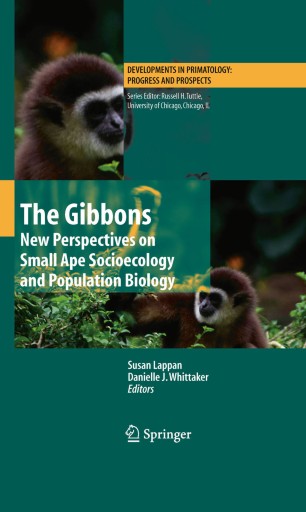 The small apes, or gibbons, are among our closest living relatives, yet they have received little attention from the scientific community and the public in comparison with the other living apes. This oversight is not due to lack of appeal; their physical beauty, graceful acrobatic movements, and thrilling songs make it clear why gibbons are always among the most popular animals in zoos. Rather, the inherent difficulties involved in studying or filming gibbons in their natural habitats and, in some cases, the misconception that among apes, smaller means lesser, have led many researchers and filmmakers to focus their attentions elsewhere. Nonetheless, a growing number of intrepid field and laboratory researchers have made steady progress in the study of gibbon behavior and ecology over the last several decades. This volume is a systematic compilation of recent research on gibbon socioecology and population biology with a focus on understanding gibbons in the context of their natural habitats, and includes contributions on a range of topics, including gibbon biogeography, the ecological roles played by gibbons in their ecosystems, the origins and functions of key gibbon social and ecological adaptations, and the conservation status of wild gibbon populations.

The contributors address both theoretical questions and the practical implications of our growing knowledge about gibbon adaptations. While gibbons share several important social features with humans, thus providing parallels for understanding human evolution, they are also fascinating creatures in their own right and act as vital components of tropical forest ecosystems. Unfortunately, gibbons are also among the most endangered living apes. This volume should be of interest to researchers and students from a variety of fields, including anthropologists, animal behaviorists, tropical ecologists, evolutionary biologists, and conservation biologists.

“This volume is based on symposia held in 2002 and 2004, which focused on aspects of gibbon behavior, ecology, conservation, and biogeography, plus analyses of their fossil record and interspecific evolutionary relationships. … it is wonderful to see the range of colleagues from countries ‘hosting’ gibbons, fully engaged in their study. Summing Up: Recommended. Academic audiences, upper-division undergraduates and above.” (E. Delson, Choice, Vol. 47 (3), November, 2009)

“This well-written and insightful edited volume is based on symposia from the 2002 and 2004 International Primatological Society Congresses. Its editors accurately argue that gibbons have not received as much attention as great apes. … By providing the most up-to-date review of hylobatid biogeography, dietary ecology, social organization, and conservation, this volume does an outstanding job in significantly adding to our knowledge of small apes.” (Herbert H. Covert, American Journal of Physical Anthropology, Vol. 143, 2010)