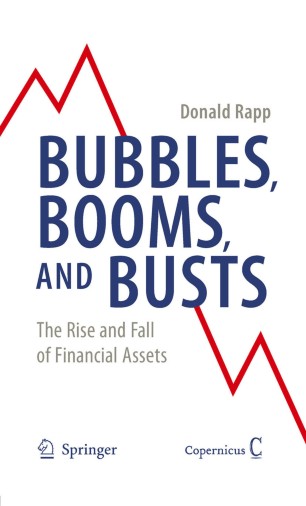 The Rise and Fall of Financial Assets

This book provides a thorough explanation of the nature and history of booms, bubbles and busts in financial markets. The first part of the book deals with financial booms and bubbles and how they emerge, develop and collapse. It describes the distribution of wealth, inflation, rationality of bankers, monetary and fiscal policy, the role of central banks, tax policies, social security, US federal, state, municipal and personal debt, and valuation of common stocks.

Most of the recent wealth generation has derived from increased debt and appreciation of paper assets. The architects of the new economics were Ronald Reagan and Arthur Greenspan. Inevitably, the US Government’s cure for excessive spending and inadequate revenues is to increase spending and cut revenues. American voters must choose between “tax and spend” Democrats and “spend and borrow” Republicans. The theme of American finance was uttered by VP Cheney: “Deficits don’t matter”.