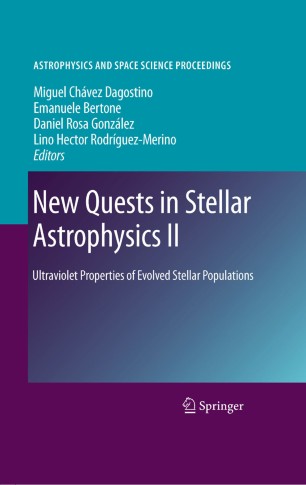 This book presents an up-to-date collection of reviews and contributed articles in the field of ultraviolet astronomy. Its content has been mainly motivated by the recent access to the rest frame UV light of distant red galaxies, gained through large optical facilities. This driveway has derived in a renewed interest on the stars that presumably dominate or have important effects on the integrated UV properties of evolved systems of the nearby and faraway Universe. The topics included in this volume extend from the fresh spectroscopic analyses of high redshift early-type galaxies observed with the 8-10m class telescopes to the fundamental outcomes from various satellites, from the long-lived International Ultraviolet Explorer to current facilities, such as the Galaxy Evolution Explorer. This is one of the few volumes published in recent years devoted to UV astronomical research and the only one dedicated to the properties of evolved stellar populations at these wavelengths. This contemporary panorama will be an invaluable resource in the preparation of the next planned space missions, such as the World Space Observatory and the Ultraviolet Imaging Telescope.