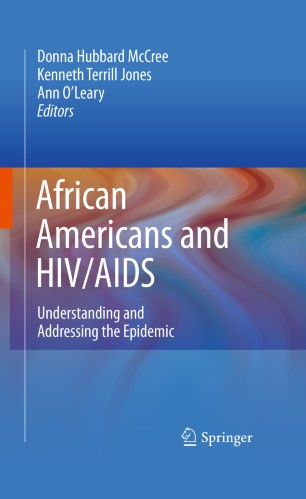 Understanding and Addressing the Epidemic

African Americans and HIV/AIDS Understanding and Addressing the Epidemic Donna Hubbard McCree, Kenneth T. Jones, and Ann O’Leary, editors According to the Centers for Disease Control and Prevention, nearly half of the more than one million Americans living with HIV/AIDS are African Americans, despite the fact that they comprise only thirteen percent of the US population. Incidence among African Americans is estimated to be approximately 8 times that of European Americans. HIV/AIDS disparities have existed across this diverse group, and continue to take a devastating toll. To intervene effectively, public health professionals must understand the context in which high-risk behavior occurs, and have access to relevant and current prevention strategies. African Americans and HIV/AIDS succeeds on both counts by providing an analysis of the historical, psychosocial, economic, and political issues related to HIV transmission in the black community, and offering a wealth of evidence-based and emerging interventions (including behavioral interventions, and counseling and testing strategies) tailored to specific subpopulations. This dual perspective gives readers the widest understanding of these and other key areas including: • The relationship between poverty, discrimination, and other social disparities to HIV. • The evolving response of the black church to the HIV/AIDS epidemic. • HIV/AIDS in the context of other sexually transmitted infections. • HIV/AIDS prevention strategies specifically targeting heterosexually active men, and women, men who have sex with men, injection drug users, and adolescents. • Prison-based intervention programs. • Structural interventions emphasizing social conditions. Practitioners, researchers, and graduate students in public health, disease prevention, health disparities, and minority health will find African Americans and HIV/AIDS a ready source of valuable background and practical knowledge.