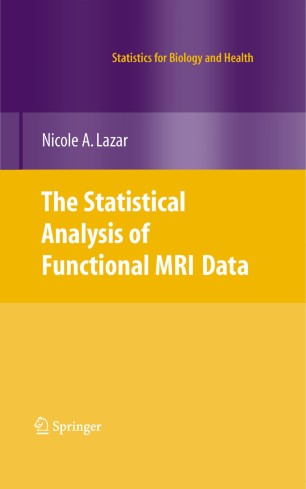 One of the most intriguing questions facing modern science is the inner workings of the human brain. Functional magnetic resonance imaging (fMRI) is a powerful tool used to study the human brain in action. The data produced from mapping the active processes within the brain present many challenges to statisticians, computer scientists, engineers and other data analysts, due to their complex structure and the ever-increasing sophistication of the scientific questions being posed by researchers. This book represents the first in-depth discussion of statistical methodology, which it couples with an introduction to the scientific background needed to understand the data.

Starting from the basic science - where fMRI data come from, why they are so complicated, and the role statistics can play in designing and interpreting experiments - the book gives a detailed survey of the numerous methods that have been applied in the last fifteen years. The analysis of fMRI data features many of the major issues of concern in modern statistics, such as high dimensionality, multiple testing, and visualization. The array of techniques examined in the book ranges from the simple two-sample t-test and the general linear model to hierarchical spatiotemporal models, multivariate methods such as principal components analysis, and Bayesian approaches as they have been used in fMRI. Software, including descriptions of the most popular freeware packages and their capabilities, is also discussed. This book offers researchers who are interested in the analysis of fMRI data a detailed discussion from a statistical perspective that covers the entire process from data collection to the graphical presentation of results. The book is a valuable resource for statisticians who want to learn more about this growing field, and for neuroscientists who want to learn more about how their data can be analyzed.