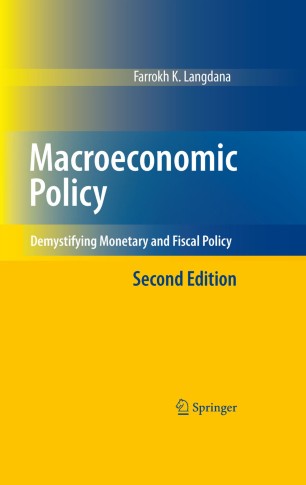 Macroeconomic Policy 2nd Edition is an applications-oriented text designed for individuals who desire a hands-on approach to analyzing the effects of fiscal and monetary policies. MBA and Executive MBA students who appreciate the importance of monetary and fiscal analysis will find this text to be right on target. Financial analysts and individual investors who need to strip away economic myths and jargon and systematically examine and understand the effects of macro policies on variables such as inflation, output, employment and interest rates, will also find the book extremely useful.

A unique feature of this book is the extensive use of specially written "newspaper" articles designed to simulate current macroeconomic news. Each chapter contains exercises that enable the reader to relate specific underlined passages in these articles to the theory presented in preceding chapters. This distinctive approach ensures real-world applicability, and supporting diagrams further enable the reader to relate current economic news to the theoretical material discussed.

This edition incorporates a greater open-economy approach to macroeconomic analysis and employs a much more global focus:

"Macroeconomic Policy is a lively and informative introduction to the diverse doctrines of macroeconomic theory."

"The notion of allowing the reader the freedom of choice between the Keynesian and Supply-Sider models for developed economies is fresh and radically different from most conventional macroeconomic texts. In addition, it is an honest approach...given that policymakers...still make policy based on assumptions behind each paradigm."