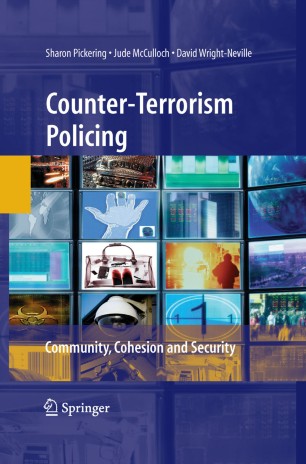 Terrorist attacks on New York and Washington, European cities like London and Madrid, and the subsequent declaration of the ‘war on terror’, are marks of a changed national and global environment in which the threat of terrorist attack and the need for effective counter-terrorism policies have become issues of immediate political and social concern. Police organisations have a key role in the formation and implementation of government counter-terrorism strategies. Accordingly, as part of national counter-terrorism responses, police services are increasingly required to blend law enforcement with responsibilities for national defence. Incorporating law enforcement in national defence changes the nature of police work as traditionally conceptualised. The changed expectations in relation to law enforcement give rise to a number of opportunities and challenges particularly in relation to the community policing ideal that most police services adhere to and the sustainable and positive engagement with culturally diverse communities. This book charts these opportunities and challenges through unprecedented access to the police and diverse communities in Australian regional and metropolitan contexts. It locates these developments in an international comparison with like jurisdictions in the US, UK, and Canada and in light of former conflicts in Northern Ireland and South Africa. It examines the nature and impact of counter-terrorism on policing, diverse communities, legislation and policy and on the media. The book concludes by posing questions for the future of counter-terrorism policing in liberal democracies.