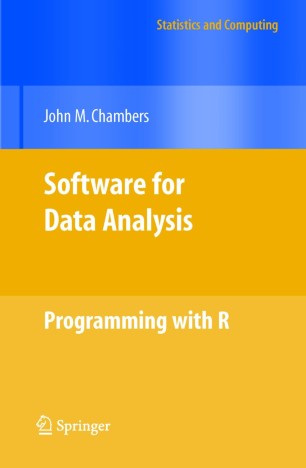 John Chambers has been the principal designer of the S language since its beginning, and in 1999 received the ACM System Software award for S, the only statistical software to receive this award. He is author or coauthor of the landmark books on S.

Now he turns to R, the enormously successful open-source system based on the S language. R's international support and the thousands of packages and other contributions have made it the standard for statistical computing in research and teaching.

This book guides the reader through programming with R, beginning with simple interactive use and progressing by gradual stages, starting with simple functions. More advanced programming techniques can be added as needed, allowing users to grow into software contributors, benefiting their careers and the community. R packages provide a powerful mechanism for contributions to be organized and communicated.

The techniques covered include such modern programming enhancements as classes and methods, namespaces, and interfaces to spreadsheets or data bases, as well as computations for data visualization, numerical methods, and the use of text data.