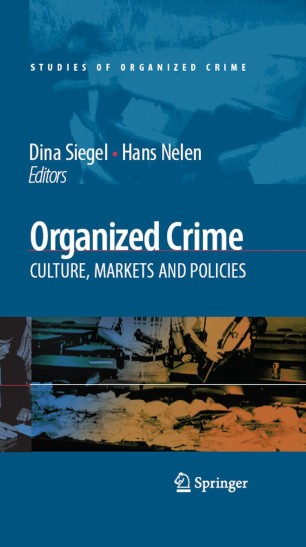 Complex interactions of economic, technological, political, and cultural factors have fed the rise of criminal networks worldwide. At the same time, global illegal activities depend on a world of social realities to function. Organized Crime moves beyond traditional concepts of "evil forces" corrupting their host societies, instead analyzing local, national, and international manifestations of organized crime in the situational contexts that aid in its development.

The contributors provide up-to-date understanding of various aspects of organized crime, in both classic areas of research (drugs, sex trafficking, labor racketeering) and emerging areas of interest (diamond smuggling, money laundering, eco-crime), in locales as varied as Italy, Quebec, the Sinai, Bulgaria, and the world’s tropical rain forests. Topics are explored from a variety of perspectives, including sociology, criminology, political science, and anthropology, giving this book empirical breadth and depth rarely seen in the literature.

A sampling of the topics:

Scholars and researchers of organized crime as well as advanced students of criminology will welcome Organized Crime for coverage that is wide-ranging, comparative, and specific enough to match their interests.

Dina Siegel is an Assistant Professor at the Department of Criminology and Criminal Law, Vrije Universiteit Amsterdam. She studied sociology and social anthropology at Tel Aviv University in Israel and obtained her PhD in cultural anthropology at the Vrije Universiteit of Amsterdam, the Netherlands. She has studied and published several articles on post-Soviet organized crime, terrorism, human trafficking, criminal activities in diamond sector, and on drug policies in the Netherlands. In 2003 she edited (together with Van de Bunt and Zaitch) Global Organized Crime. Trends and Developments (Kluwer Academic Publishers, 2004). She conducted ethnographic research on Russian-speaking criminals in the Netherlands, Russian biznes in the Netherlands (2005, Meulenhoff).

Hans Nelen is a criminologist and has a law degree. Between 1986 and the beginning of 2001 he was employed as a senior researcher and research supervisor at the Research and Documentation Centre of the Ministry of Justice in the Netherlands (WODC), mainly investigating drug crime, fraud and corporate crim. Between 2001 and 2006 he was a senior lecturer and senior researcher at the Institute of Criminology of the Vrije Universiteit Amsterdam. Since January 1 2007 Nelen has been working as a Professor of Criminology at Maastricht University (UM). During the last decade Nelen published several books and articles on a variety of criminological subjects, i.e. corruption and fraud, dilemmas facing lawyers and notaries, the administrative approach to organized crime, the proceeds-of-crime approach, evaluation of legislation, and evaluation of law enforcement activities.