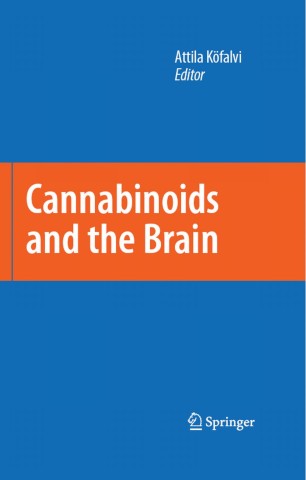 Cannabinoids and the Brain

In the last 15 years, a particular lipid messenger system has been discovered to be a guard and shaper of the life and activity of most human cell types from cradle to grave. Taking the nervous tissue as an example: the artistically complex endocannabinoid system provides promising therapeutic targets in cancer, epilepsy, multiple sclerosis, Alzheimer's or Parkinson's diseases, inflammation, pain, schizophrenia, depression, and anxiety. Nevertheless, it is a little embarrassing that the word 'cannabinoid' still evokes the image of the hippies or hashish as the first associations not only in everyday people but in medical, scientific and legal professionals, respectively.

Cannabinoids and the Brain is a timely compilation of thorough reviews, written by the world’s leading neuroscience and clinical authors, covering the latest information concerning basic and clinical neuroscience of the endocannabinoid and related messenger systems. As Rimonabant™, the first intentionally cannabinoid receptor-targeted medicine has been marketed in Europe since 2006, the authors consider it particularly important to include the central and peripheral pathomechanisms of metabolic disorders in the present volume.

Cannabinoids and the Brain gives a comprehensive overview of all the essential literature concerning the endocannabinoid and related systems in the nervous tissue. It is a rapidly expanding research field and the widespread presence of cannabinoids in most physiopathological mechanisms appear to hinder the effort to fully cover the subject. By the end of the book, the reader will have a solid knowledge of the genetics, molecular biology, anatomy, pharmacology, and physiology of the endocannabinoid system and its involvement in neurological and psychiatric disorders, and will eventually discover a natural relationship among marijuana, aspirin, and chili pepper.