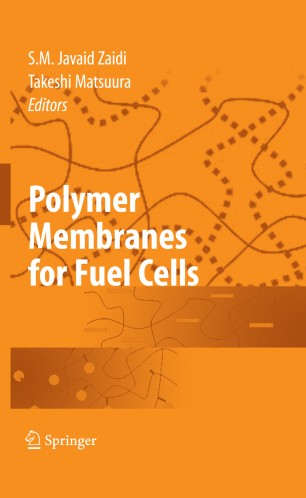 Fuel cell is considered to be one of the most promising clean energy sources since it does not generate toxic gases and other hazardous compounds. It is currently an important research topic in all leading automobile and energy industries and also considered as reaching the threshold of commercialization. Among various kinds of fuel cells, polymer electrolyte membrane fuel cells (PEMFC) are easy to be miniaturized and suited as energy sources for automobiles as well as domestic applications and potable devices. The center of PEMFC is the polymer electrolyte membrane, as it defines the properties needed for other components of fuel cell and is the key component of a fuel cell system. This book is the first book exclusively dedicated on fuel cell membranes. The experts of the field are brought together to review the development of polymeric membranes for PEMFC in all their aspects. The book was written for engineers, scientists, professors, graduate students as well as general readers in universities, research institutions and industries who are engaged in R & D of synthetic polymeric membranes for PEMFC.