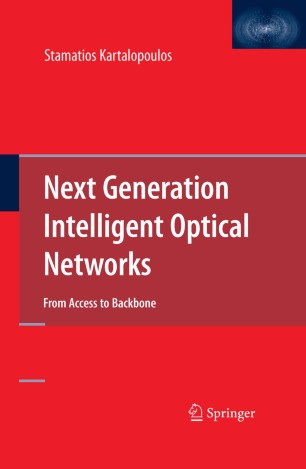 Next Generation Intelligent Optical Networks brings together two increasingly important topics: optical networks and network security. It provides a comprehensive treatment of the next generation optical network and a comprehensive treatment of cryptographic algorithms, the quantum optical network (including advanced topics such as teleportation), and how detection and countermeasure strategies may be used. As the optical network has evolved it has become the network of choice, and it is expected to remain so for many generations to come, for both synchronous and asynchronous payloads; voice, data, video, interactive video, games, music, text, and more. The last few years also have experienced an increase in network attacks as a result of store and forward computer-based nodes.

The network architect and system designer is currently challenged to include enhanced features such as intruder detection, service restoration and countermeasures, intruder avoidance, and so on. The next generation optical network is intelligent and able to detect and outsmart malicious intruders. Next Generation Intelligent Optical Networks presents a holistic approach to the treatment of secure optical networks, including fiber to the home (FTTH) and free space optical (FSO).