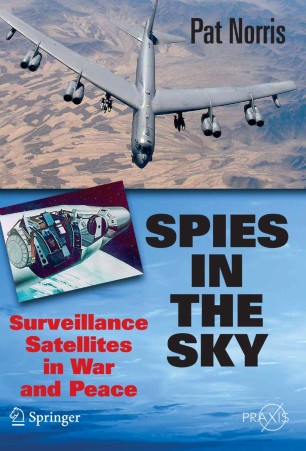 Spies in the Sky

Surveillance Satellites in War and Peace

In Spies in the Sky Patrick Norris responds to the occasion of the 50th Anniversary of the dawn of the Space Age – the launch of Sputnik 1 – with a review of the most important historical applications of space science for the benefit of the human race during that half century, focusing particularly on the prevention of nuclear war. The author addresses the oft quoted conclusion that the Moon landings and the ‘race to the Moon’ between the two superpowers were a side effect of the Cold War, by describing what he believes was the more important event – the use of satellites by military to prevent the Cold War becoming a ‘hot war’. In developing the story the author casts a spotlight on a little-known aspect of the Space Age, namely the military dimension. Today military satellites represent 25 percent of all satellites in orbit, and they are just as important now in preventing regional nuclear war as they were in preventing global Armageddon more than 30 years ago.