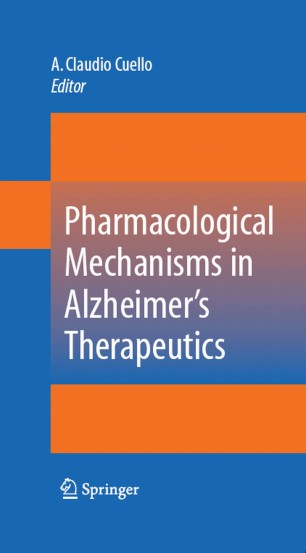 Alzheimer’s is the most common dementia in the elderly. The need for effective therapy of dementia is greater than ever, but there is not, as yet, a drug therapy which can stop or reverse the clinical consequences. There is, however, a great deal of anticipation on the imminent development of effective, disease-modifying therapies. The remarkable progress made by the scientific community in unraveling molecular and cellular aspects of the Alzheimer’s pathology has allowed the identification of a number of promising targets for drug development. Investigation of these targets and the evolution of ongoing strategies to develop efficacious therapies for this devastating neurodegenerative condition is the central theme of Pharmacological Mechanisms in Alzheimer’s Therapeutics. The current and future therapies based on this new knowledge of the Alzheimer’s pathology are dealt with by contributors who have been most influential in bringing this new knowledge and in the development of experimental and presently applied therapies. The book should be of interest to medical professionals and basic scientists alike since it provides ideas about current trends in Alzheimer’s therapeutics to the general public.