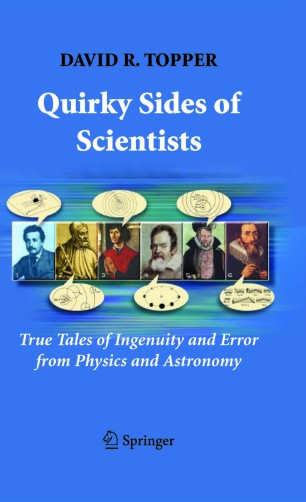 True Tales of Ingenuity and Error From Physics and Astronomy

These historical narratives of scientific behavior reveal the often irrational way scientists arrive at and assess their theories. There are stories of Einstein’s stubbornness leading him to reject a correct interpretation of an experiment and miss an important deduction from his own theory, and Newton missing the important deduction from one of his most celebrated discoveries. Copernicus and Galileo are found surpressing information. A theme running throughout the book is the notion that what is obvious today was not so in the past. Scientists seen in their historical context shatter myths and show them to be less modern than we often like to think of them.