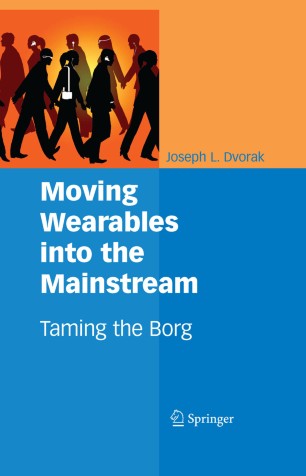 Moving Wearables into the Mainstream

The term "Wearable Technology" encompasses a wide spectrum of devices, services and systems for wireless communications and the web. Wearables are by their nature closely associated with the person, and their use generates many social and even legal issues that have little to do with specific technologies. This professional book discusses the characteristics and design elements required for wearable devices and systems to be widely adopted by the mainstream population for use in everyday life. It shows how wearables can help people with daily tasks without getting between the user and the task.

Moving Wearables into the Mainstream also introduces concepts such as Operational Inertia that form a mindset conducive to designing wearables suitable for broad adoption by consumers. This book provides insight into legal and cultural issues potentially unfamiliar to research engineers, as well as a broad discussion of technologies underlying wearable devices.

Moving Wearables into the Mainstream is designed for a professional audience of practitioners and researchers in industry. This volume is also suitable as a secondary advanced-level text or reference book for students in computer science and electrical engineering.