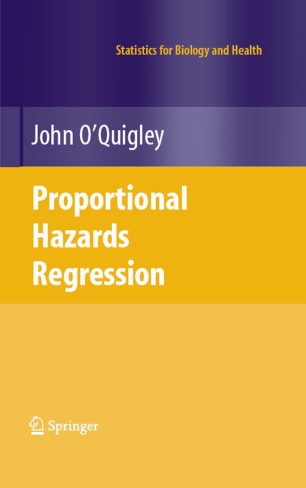 Unlike other books in this area the emphasis is not on measure theoretic arguments for stochastic integrals and martingales. Instead, while inference based on counting processes and the theory of martingales is covered, much greater weight is placed on more traditional results such as the functional central limit theorem. This change in emphasis allows us in the book to devote much greater consideration to practical issues in modeling. The implications of different models, their practical interpretation, the predictive ability of any model, model construction, and model selection as well as the whole area of mis-specified models receive a great deal of attention.

The book is aimed at both those interested in theory and those interested in applications. Many examples and illustrations are provided. The required mathematical and statistical background for those relatively new to the field is carefully outlined so that the material is accessible to a broad range of levels.

John O’Quigley—Director of Research at the French Institut National de la Santé et de la Recherche Médicale and Professor of Mathematics at the University of California at San Diego—has published extensively on the subject of survival analysis, both in theoretical and applied journals. He has taught and carried out collaborative research at several of the world's leading departments of mathematics and statistics including the University of Washington, the Fred Hutchinson Cancer Research Center in Seattle, Harvard University, and Lancaster University, UK.