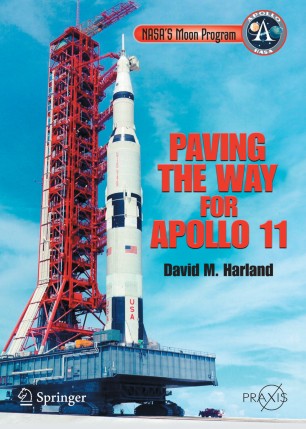 Paving the Way for Apollo 11

In 'Paving the Way for Apollo 11' David Harland explains the lure of the Moon to classical philosophers, astronomers, and geologists, and how NASA set out to investigate the Moon in preparation for a manned lunar landing mission. It focuses particularly on the Lunar Orbiter and Surveyor missions.

“Space historian/writer Harland … describes the first and early US satellite programs as well as the Soviet programs. … In addition to discussing program management, operations, hardware, and performance of the pre-Apollo missions, Harland places heavy emphasis on lunar geology and geography. … the volume includes more than 150 photographs and drawings of the moon. This historical account … will be useful to people working in the field of space history and technology. Summing Up: Recommended. Researchers, faculty, and professionals.” (A. M. Strauss, Choice, Vol. 47 (4), December, 2009)

“This new book … describing what we knew before making the attempt, and how we discovered new things we needed to know before committing Apollo to the first manned lunar landings. … if you are an engineer, scientist, or a space buff, this book will hold your interest.” (James M. Busby, Space Times, Vol. 49 (1), January/February, 2010)

“The narrative is fast-moving, informative and logically organized … . if you want to know, literally to the thousandth of a second, exactly what the Ranger, Lunar Orbiter and Surveyor spacecraft did during their lunar missions, it’s in there. Well over 200 well-chosen photos, drawings, diagrams and maps, many of them at full-page size, embellish and clarify the text--they’re worth more than ‘1,000 words’ each. … should reach a wider audience … . I recommend this volume most highly and without reservation.” (Terry Sunday, Amazon, July, 2011)