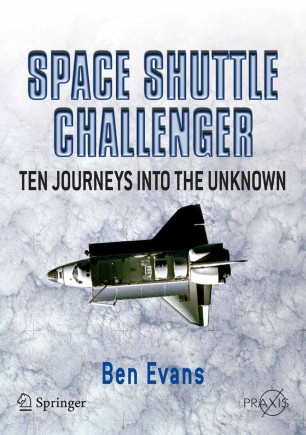 Ten Journeys into the Unknown

Ironically, the loss of Challenger in January 1986 fired my interest in space exploration more than any other single event. I was nine years old. My parents were, at the time, midway through moving house and, luckily, the TV was one of the few domestic items still to be packed. I watched the entire horror unfold live on all of the network stations. Admittedly, my fascination with rockets and astronauts, stars and planets had begun several years earlier, but Challenger's destruction turned it from an occasional hobby to a fascination which has remained with me ever since. In September 1988, aged 11,1 came home from school to watch STS-26 return the Shuttle fleet to orbital operations. Five years later, I gave a speech on the STS-51L disaster to my teacher as part of my GCSE English assessment. Another decade passed and, now a teacher myself, I returned to my school one cold Monday morning to explain to my pupils what had happened to Challenger's sister ship, Columbia, a few days earlier. In some ways, the loss of Columbia affected me more deeply than Challenger.