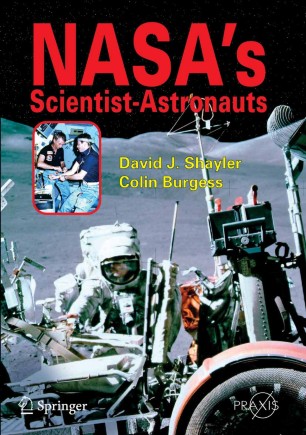 Mounting pressure in the early 1960s from the National Academy of Sciences (NAS) to study ways of expanding the role of astronauts to conduct science on future space missions led to NASA’s conclusion that flying scientifically trained crewmembers would generate greater returns from each mission. NASA and industry studies continued investigating possibilities that could lead to the eventual creation of the first space stations using surplus Apollo hardware, through the Apollo Applications Programme (AAP). There was also a growing interest within the military to create their own manned space station programme, conducting on-orbit experiments and research with strategic advantages for national security. In October 1964 the Soviets launched Voskhod 1 whose 3-man crew were identified as the first ‘scientific passengers’ in space. A few days later NASA and the NAS had completed joint studies into the possibility of using scientists in the manned space programme, and invited scientists to apply for astronaut training. In selecting the first group of scientist-astronauts, NASA had one firm requirement; any person accepted into the programme would have to qualify as a military jet pilot. While the second group of scientists were completing their academic, survival and flight training programme, the remaining members of the first scientist-astronaut group were involved in supporting the developing Apollo Applications programme and the Apollo lunar programme.