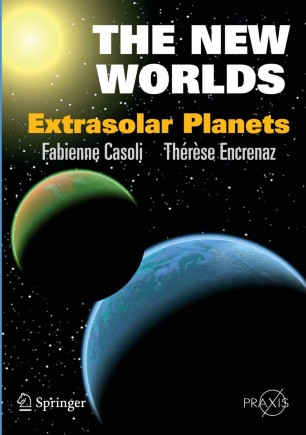 Exoplanet, extrasolar planet, exoEarth, exojupiter: neologisms still absent from many dictionaries. These terms are, however, current among astronomers, and are heard in their answers to a question already two millennia old: are there planets like ours elsewhere in the Universe? Greek atomists such as Epicurus were convinced of the existence of an infinite number of solar systems like our own, but it was only in 1995 that a real answer began to emerge. An extrasolar planet had been detected... a planet orbiting another star... a star like the Sun. So, the solar system was not unique! By mid- 2006 more than 200 giant exoplanets had been discovered. At this rate of discovery it seems that Earth-like planets may be found within a decade. The discovery of exoplanets held some surprises, in that they exhibited very different characteristics from what might have been expected. Although most of them are gas giants of masses comparable to Jupiter's mass, as a result of the rather insensitive nature of current detection methods, why are they from ten to fifty times closer to their stars than is Jupiter? How were these 'hot Jupiters' formed? Another surprise about exoplanets is that many of them have very elliptical orbits, while the planets of the solar system have much more circular orbits.