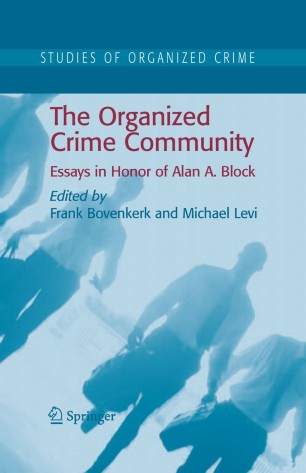 Essays in Honor of Alan A. Block

In his social investigative writings on "the serious crime community" which describes the loose merger of corporate interests, organized crime and political crime, professor Alan A. Block of Penn State University has proven to be one of the most inspiring criminologists in the field. An international group of pupils and friends dedicate this book to him which contains original contributions on the troubled concept of organized crime, the social history of crime groups in the United States, corruption in the United Nations Oil-for-Food Program in Iraq, the struggle against identity fraud, the world of drugs and the adverse consequences of criminalization, the money-laundering control movement, International Tribunals against war crimes and a Jewish studies chapter on the role of bystanders during the Holocaust.

The book opens with Alan Block's now classic study on the origins of the Iran Contra scandal. Alan A. Block has served for 17 years as the editor-in-chief of Crime, Law and Social Change, one of Springer's major criminology journals.