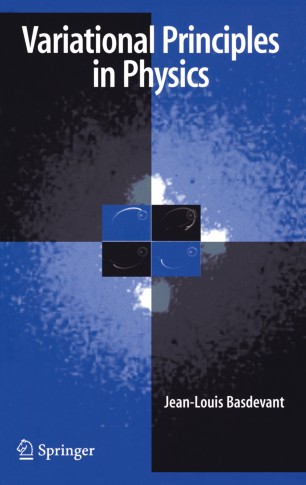 Optimization under constraints is an essential part of everyday life. Indeed, we routinely solve problems by striking a balance between contradictory interests, individual desires and material contingencies. This notion of equilibrium was dear to thinkers of the enlightenment, as illustrated by Montesquieu’s famous formulation: "In all magistracies, the greatness of the power must be compensated by the brevity of the duration."

Astonishingly, natural laws are guided by a similar principle. Variational principles have proven to be surprisingly fertile. For example, Fermat used variational methods to demonstrate that light follows the fastest route from one point to another, an idea which came to be known as Fermat’s principle, a cornerstone of geometrical optics. Variational Principles in Physics explains variational principles and charts their use throughout modern physics. The heart of the book is devoted to the analytical mechanics of Lagrange and Hamilton, the basic tools of any physicist. Prof. Basdevant also offers simple but rich first impressions of Einstein’s General Relativity, Feynman’s Quantum Mechanics, and more revealing and amazing interconnections between various fields of physics.